Larissa Lai has written eight books. For her first novel, When Fox Is a Thousand (1995, 2004), she received an Astraea Foundation Emerging Writers' Award, and was shortlisted for the Books in Canada First Novel Award. The Advocate called it "an elegant, elliptical spiral of gradually tightening circles that collide in a fusion of magical and objective reality."

Her second novel, Salt Fish Girl (2002) was named an Otherwise Honor Book, and shortlisted the Sunburst Award and the City of Calgary W.O. Mitchell Prize. The Georgia Straight said "Lai's creation reminds us of the importance of connecting with our past and with each other if humanity is to work together to create a future worth living in."

Her third novel, The Tiger Flu (2018) won a Lambda Award, was named Otherwise Honor Book, and was shortlisted for the City of Calgary W.O. Mitchell Prize. Autostraddle describes it like this: "Life - fierce, painful, unyielding, complicated - bursts from every page."

Of her fourth poetry book, Iron Goddess of Mercy (Arsenal Pulp Press, 2021), Fred Wah says, "I don't think I've ever experienced the intensity of an epistolary 'voice' performed with such impact as this Iron Goddess jamming through the syllables of an explosive imagination".

Involved in cultural organizing, experimental poetry and speculative fiction communities since the late 1980s, Larissa received the Jim Duggins Novelist's Prize in 2020. She holds a Canada Research Chair at the University of Calgary, on Treaty 7 Territory, where she directs The Insurgent Architects' House for Creative Writing. 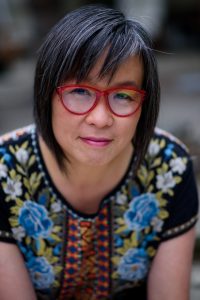 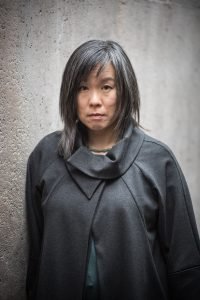 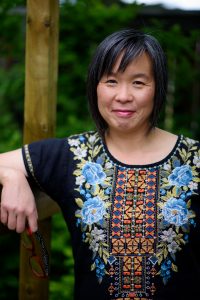